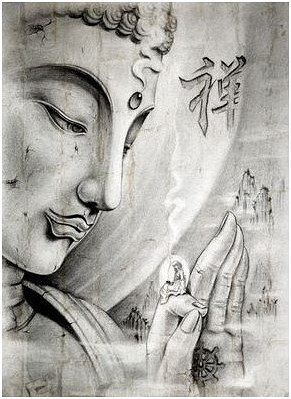 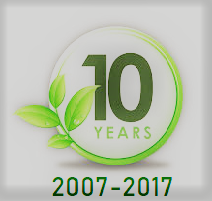 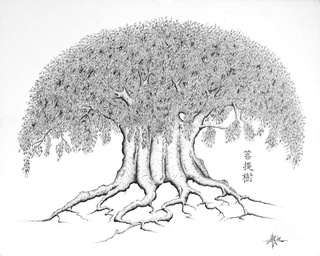 The Harmony of the two correct views of reality


Nevertheless, when scrutinized by a yogi learned in scripture and logic and experienced [in meditation], their definitive meanings are all seen to come to the same intended point.

Although there are many traditions of explanation, the definitive meaning of voidness to which they all lead is exactly the same. Many erudite masters have explained voidness through logical lines of reasoning concerning the conventional and deepest levels of truth. But many other realized masters whose meditational experience did not accord exactly with these lines of reasoning have explained voidness by taking their innermost meditational experience as more significant than logic. If we examine the words of such masters strictly from the point of view of logic, they may seem to have faults. But if we examine them from the point of view of meditation, we see they are flawless. Thus despite there having been so many famous masters in Tibet with different traditions of meditation on a correct view, they all come to the same point in deep meditation. (…)

Confirmation from the dzogchen system

As for the Third Panchen Lama's objection that a view of voidness that entails an affirming nullification and one that entails a non-affirming nullification cannot be harmonious, it is pertinent to consider what great meditational masters gave explained about the Nyingma dzogchen tradition. For example, the Gelug master from Mongolia, Kelka Damtsig-dorjey, a disciple of Gungtangzang, who in turn was a disciple of the Third Panchen Lama's disciple Yongdzin Yeshey-gyeltsen, has written in several of his texts on the Nyingma form of Hayagriva practiced within the Gelug tradition, "When you meditate on a correct view according to the dzogchen tradition, you deal with it in terms of both devoid nature itself and objects having this devoid nature. This is the key for unlocking realization." His statement becomes easy to understand in light of our previous discussion of these two views in the context of the Shangpa Kagyü tradition of Kaydrub Kyungpo.

The dzogchen system emphasizes two main points in connection with the hidden path of tantra: (1) meditation on a correct view presented in terms of what has a devoid nature - namely, meditation on primordial clear light mind, known in dzogchen terminology as rigpa, pure awareness - and (2) understanding all appearances as the play of clear light. Let us examine how these two fit together in order to shed further light on the harmony of the two correct views of reality.

In general, we can speak of clear light as an object of mind and clear light as a mind that takes or apprehends objects. Here we must explain according to the latter type of clear light. Through the dzogchen meditational techniques, we come decisively to and habituate ourselves with this subtlest level of mind. Totally absorbed meditation on clear light mind, then, is the main implication of a correct view presented in terms of what has a devoid nature.

Dzogchen meditation focuses on clear light mind as being devoid of such characteristics as being produced, abiding and passing, or arising, remaining and ceasing. Such meditation is on an affirming nullification. An affirming nullification affirms or leaves a phenomenon with leftover qualities remaining as the focus of concentration when the meditating mind apprehends that phenomenon in the manner of nullifying that it has other qualities. In other words, this manner of meditation focuses on a basis and, in understanding that it is devoid of certain qualities that are absent, indirectly affirms that it is in possession of other qualities. It affirms this fact because the meditating mind still gives rise to an appearance of that basis as the focal object of its concentration. Thus, meditation that (1) focuses on a clear light mind that is dissociated from being produced, abiding and passing, or that is devoid of these characteristics, and (2) also understands this clear light mind to be the basis supporting the appearance-making and appearance of all phenomena - as in the Shangpa Kagyü and dzogchen systems - is clearly meditation on an affirming nullification. Nevertheless, although when we meditate on clear light mind, we directly meditate on an affirming nullification, yet on the side, we indirectly understand that all phenomena lack true, inherent existence as the madhyamaka teachings explain.

The Differences between the Sutra and Tantra levels of Mahamudra

The sutra tradition of mahamudra, as the First Panchen Lama states in his root text, entails "the way of meditating on voidness as directly indicated in the expanded, intermediate and brief [Prajnaparamita sutras]." (…)

In Differentiating the Three Levels of Vowed Restraints, Sakya Pandita has stated there is no difference in the correct view of reality according to sutra and tantra. dzogchen and similar systems, on the other hand, assert a great difference between the two. I think, however, there is simply a difference in the manner of meditation on a correct view between the sutra and the tranta tradition, but the meaning at which they both arrive is the same.

In order to understand the assertion by the masters of the Sakya and Gelug traditions, such as Sakya Pandita and Tsongkhapa, that there is no difference between the sutra and tantra views of reality, we must differentiate between two senses of the word "view." Just as we can use the word "aim" in either a verbal or substantive way to mean either "aim at something" or the "aim at which we focus", likewise we can use the word "view" in the same two ways. We can "view reality" or focus on a "view of reality." Those who assert no difference between the sutra and tantra views are using the word "view" in its substantive sense to mean the object, namely voidness, on which we meditate. Voidness, as the absence of true and inherent existence, is exactly the same in both sutra and tantra traditions. But from the point of view of the mind that does the correct viewing of reality, there is a great difference.
… 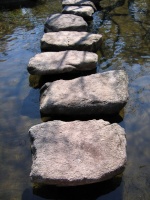 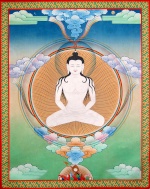